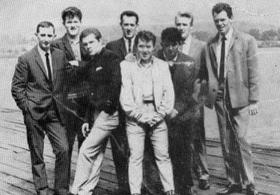 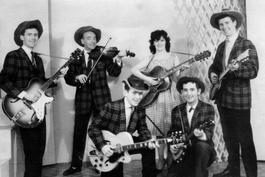 The Checkers 1968. I put this group together to work in the clubs in England.  It was a good show and a very successful venture, but didn't last long.

The Shamrocks, evolved from The Maple Leaf Showband who I came to Canada to join in 1970. We were together for three years and recorded two albums. The band played all over Ontario with frequent foray's into New York. It was a good show but torn apart by large ego's. 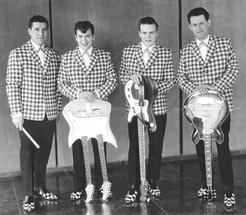 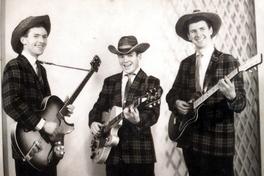 By late 1958 I had purchased a white Harmony electric with twin De Armond pickups and a Bigsby unit. We're still the Mainliners, but I was introducing Rock n' Roll into the program. Frank McKay on bass & Seamus McConnell on guitar. Seamus is playing a Hagstrom (made in Sweden) which was an all plastic design, very advanced for it's day. 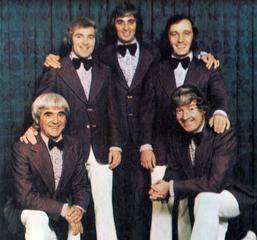 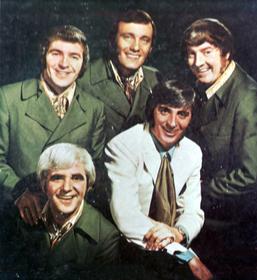 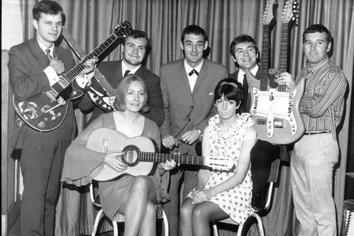 My first band, The Mainliners 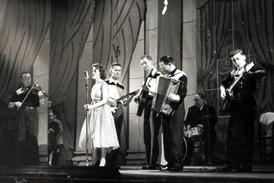 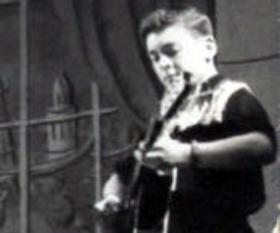 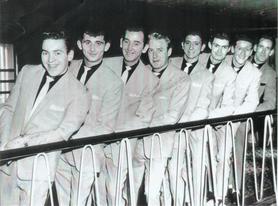 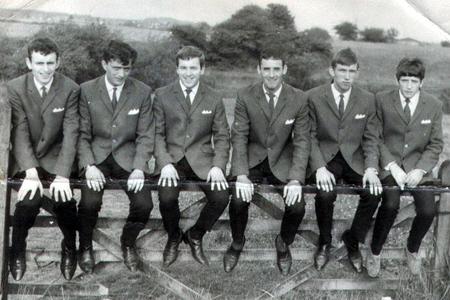 The beginning, All of 15 years old 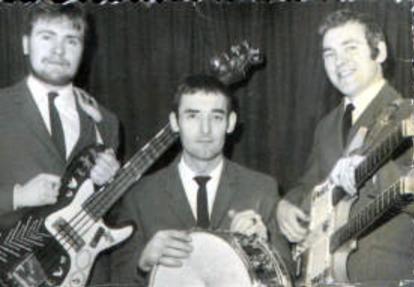 The three of us had a spot playing rock n' roll.

The Magnificent Seven (Called after the movie of the same name) was a Showband in that we put on a stage show as well as playing the popular songs of the day. It is my first full-time professional band, professional in that we made a living from playing music. We played all the current popular music from America and the UK whether it was Rock n' Roll or country, or Irish and interspersed the program with Dixieland & modern Jazz. It was a great experience. 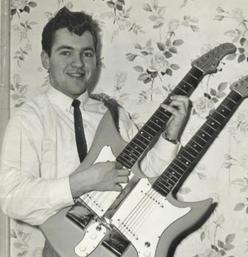 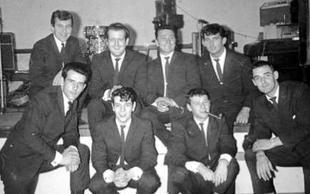 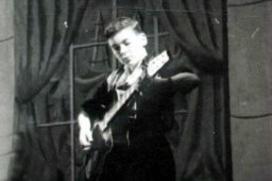 Johnny Christopher Trio was, from left my brother Brendan, Jackie Molloy (RIP), Me. Probably the most fun I had in my whole life was the three of us playing together.

After seeing Elvis in the movie "Love me Tender" I bought my first guitar. I was 15 and practiced like mad to be Elvis. The Mainliners was my Dad's band and once I learned a few chords he put me to work playing rhythm.  As soon as I could I bought my first electric guitar, seen here in the picture. The guitar had no manufacturer's name on it so, it remains a mystery. The band played the popular country music of the period.

In 1963 I built this double neck guitar and formed my own band The Checkers. In early 1964 we landed a resident spot on Irish TV on a show called 'Picking the Pops". We became very popular in Southern Ireland as Irish TV had not yet beamed into the top half of the country. The band also toured England and for a few years we had a good run until I decided to emigrate to Toronto, Canada.